Find out about our new ICC-ES Equivalency Evaluation Report!

Helix Steel’s innovative steel product is a rebar alternative that consistently delivers key benefits for practically every concrete application, from bridges to homes to amusement rides.

Rebar and mesh concrete reinforcements are well known and often used in most concrete applications, but change is in the air. There is a rebar and mesh alternative that can save days of labor, create more durable concrete, improve your site’s safety and make things easier than ever before.

Helix Micro Rebar is an American-made twisted-steel reinforcement that’s only one inch long and mixed with thousands of other pieces to give concrete far superior advantages over more familiar concrete reinforcements. The exact dose depends on your application, but the places where you can use Helix Micro Rebar are practically limitless. Let’s take a look at a few examples.

In 2017, UDOT constructed four new bridge decks along the Mountain View Corridor with two of the four using Helix Micro Rebar (also known as TSMR) at a dose of 40 lb/yd3. Since the bridges’ construction, they were exposed to freeze-thaw and de-icing agents with significant volumes of traffic.

Cracks in the surfaces were measured over a two-year period and showed that the convention design had many more cracks and was at a greater size than the Helix Micro Rebar decks. Helix Steel’s innovative product resulted in a 3x reduction in cracks!

In every analysis, using laboratory testing, field testing and data analyses, Helix Micro Rebar was found to be the better way to build.

A key recommendation in the report:

“Based on the results of the distress surveys performed on the bridge decks studied in this research, the use of TSMR in concrete bridge decks is recommended to provide additional protection against cracking and reduce the occurrence of larger cracks. In addition, the use of TSMR is recommended for use when extreme loading conditions, such as earthquakes, are expected, as concrete containing TSMR exhibits high levels of toughness; the use of TSMR would also be expected to provide increased post-cracking structural capacity during the service life of a bridge deck”

Commenced in 2007 and scheduled to open in 2022, this tunnel is one of the largest infrastructure projects in the U.S.A., extending the Long Island Rail Road commuter rail system from Queens to Grand Central Terminal.

Helix Steel is a proud supporter of Habitat for Humanity, and recently played a lead role in supplying Helix Micro Rebar for the organization’s slabs for new homes in Montana. The alternative concrete reinforcement was used in residential slabs at a dose of 19.5lb/yd3 to help eliminate substandard housing while reducing maintenance costs for new homeowners.

Seattle contractor Manson Construction was planning this one-in-a-lifetime project and sought new ways to lower material and labor costs for the construction of the footings. The solution of course was Helix Micro Rebar. By replacing #6 rebar cages in 53 piles with Helix Micro Rebar (in doses of 25 lb/yd3 and 31.5 lb/yd3), the cost was reduced and four days of construction was saved. On top of it all, the alternative concrete reinforcement increased the concrete’s durability by 45%.

The future of concrete is in good hands when engineers, contractors, developments and American businesses work together to solve the problems of the future today. This public art project would have been impossible with rebar, and still today this conversation piece focuses on the many possibilities of the construction industry using the power of 3D printing combined with alternative reinforcements.

Helix Steel is proud to have successfully replaced standard concrete reinforcement in more than 40,000 projects across North America. Learn more about the many success stories that use Helix Micro Rebar by visiting our online Project Finder tool.
If you have a project that may benefit from Helix Micro Rebar, please use our easy online Project Submission form and a Helix Steel engineer with reach out to you shortly. 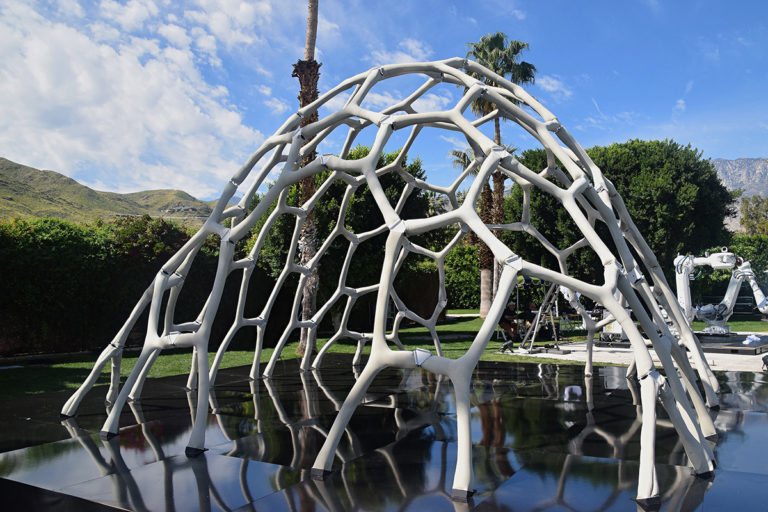 Automating Construction With an Alternative Concrete Reinforcement Made Right Here in the U.S.A. 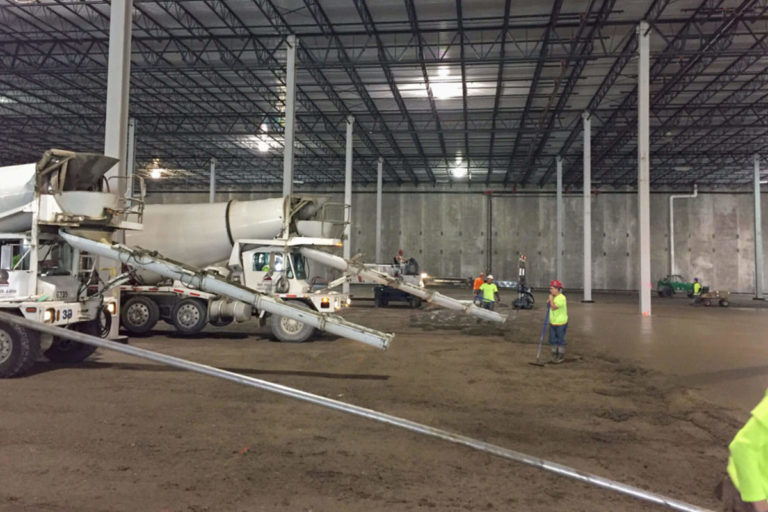 A New Way to Save Time and Money in Warehouse Construction

The majority of warehouse contractors and developers who discover Helix Micro Rebar concrete reinforcement are sold on its time savings and money savings.

With an innovative product like Helix Micro Rebar, there are bound to be some misconceptions about what it is and how it works. Let’s clear the air!